Poultry litter is the mix of bedding material, manure and feathers that result from intensive poultry production. This includes litter from meat chickens (broilers), egg-laying chickens (layers) kept under barn conditions, turkeys, ducks and quails. Broiler litter makes up the vast majority of litter produced in Australia, with an estimated 738,000 tonnes, or 1.66 million cubic metres of broiler litter produced each year (See Table 1), which equates to 1.72 kg of litter per broiler every seven weeks. 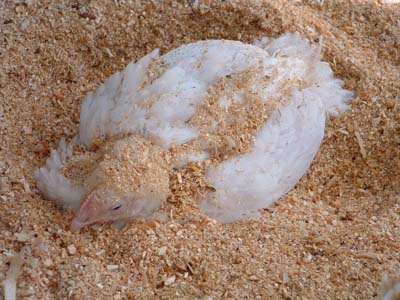 Regional availability of dry organic materials dictates which litter material poultry growers will use. The most commonly used materials on the floor of sheds are sawdust, wood shavings, rice hulls, straw and paper products (Table 1). The litter material is spread approximately 5 cm deep and can serve several flocks, although single flock clean-outs are still very common for Australian broiler sheds.

Hard fibre litter materials (wood shavings) have been demonstrated to improve gizzard development and improve feed conversion efficiency, without having an effect on feed intake or weight gain. The hard fibre is thought to stimulate gut development, improve nutrient digestibility and alter the composition of the gut microflora of chickens ingesting it. While the choice of litter materials is affected by factors such as availability and cost, hard fibre materials have the twin advantages of assisting gut development and, seemingly, reducing the risk of Marek’s disease.

Litter is broadly comprised of proteins, carbohydrates, lipids and fats. Carbohydrates are responsible for the majority of biodegradable materials

in the form of cellulose, starch and sugars. After it has been removed from the shed, litter forms free-flowing granular material, which includes varied proportions of large, caked pieces (See Figures 1, 2 and 3). The chemical and physical composition of litter is highly variable due to differing bird species, diets, bedding retention times and other farm management practices (Table 2).

Two of the main elements affecting litter chemistry are Nitrogen and Phosphorous.

Under aerobic conditions, uric acid and undigested proteins break down into ammonium, which is probably why it has often been referred to as ‘hot’ waste. The degradation process occurs quickly, with microorganisms being a fundamental component in determining the rate of conversion. Once applied to land, ammonium quickly converts to nitrite and finally nitrate, the most readily available form of N that plants can use.

In contrast, anaerobic decomposition of uric acid and undigested proteins is slower and results in the majority of N in litter being in the ammonium form. Often the storage of litter results in 50 to 90 per cent of the total N being present as ammonium by the time it was applied to land.

*Electrical conductivity is a measure of salinity, measured as a 1:5 suspension in water.

Application of litter directly onto land provides a convenient mechanism for disposal and is the most commonly used waste management option. Litter acts both as a fertiliser and soil conditioner, unlike inorganic fertilisers that do not supply soil organic matter to soils. It is estimated that in excess of 90% of litter is spread on land that is close to the grower and, if used responsibly, has few environmental impacts. Currently, most Australian growers receive small profits from the sale of litter or at least trade the litter for sheds to be cleaned and the litter taken away. For some poultry producing regions in Australia, land application of litter is becoming less cost effective, predominantly due to restrictions on land availability and the cost of transporting litter.

Litter has significant energy value, which is comparable with wood and half that of coal. As a result, power plants overseas have been developed using litter as the primary fuel for heat generation and subsequent electricity production. A host of other value adding technologies are also being developed to capture the energy and nutrients contained in litter while improving waste management for the poultry industry.

Broilers do not perform to their genetic potential in a poor environment. The quality of the in-house environment is highly dependent upon litter quality. The litter environment is ideal for bacterial proliferation, ammonia and odour production. The two factors that influence litter conditions most are manure and moisture. The manure portion is largely out of a grower’s control; however, growers can and must control litter moisture.

Excess moisture in the litter increases the incidence of breast blisters, skin bums, scabby areas, bruising, condemnations and downgrades. The wetter the litter, the more likely it will promote the proliferation of pathogenic bacteria and molds. Wet litter is also the primary cause of ammonia emissions, one of the most serious performance and environmental factors affecting broiler production today. Controlling litter moisture is the most important step in avoiding ammonia problems.

Litter that is too dry and dusty can also lead to problems such as dehydration of new chicks, respiratory disease and increased condemnations. Ideally, litter moisture should be maintained between 20 to 25 percent. A good rule of thumb in estimating litter moisture content is to squeeze a handful of litter. If it adheres tightly and remains in a ball, it is too wet. If it adheres slightly, it has the proper moisture content. If it will not adhere at all, it may be too dry.

Many factors affect litter moisture. For instance, if new litter is not stored properly and becomes damp before it is spread in the broiler house, wet litter problems would likely be unavoidable. Nutrition also influences litter quality. Certain dietary ingredients (especially salt), when fed in excess, cause broilers to consume and excrete large amounts of water and result in wet litter conditions. Some drugs also stimulate excess water consumption and excretion.

Environmental conditions such as wet and humid weather, condensation or very cold temperatures can cause wet litter if the broiler house ventilation system is not able to eliminate moisture effectively. Drinker lines, foggers and evaporative cooling pads, if not managed and maintained carefully, can contribute greatly to wet litter problems. 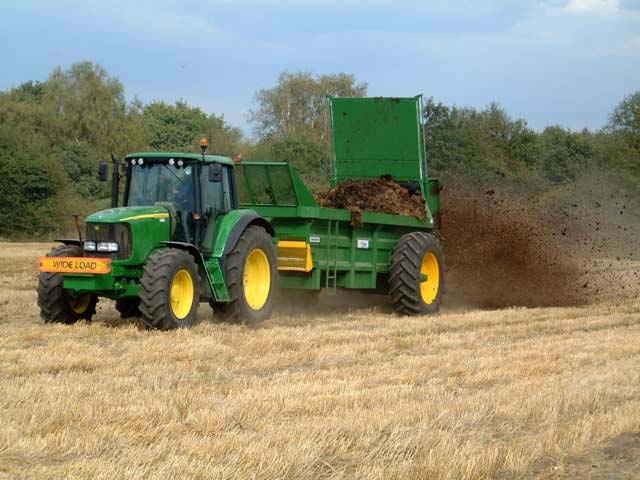