Fowls, like all animals, have very strong, built-in defences (immunity) against diseases that are caused by an invasion of the body by various microorganisms and toxins (collectively called ‘antigens’). These defences include:

The primary role of the immune system is to recognise organisms and substances that are considered foreign, or “non-self” (antigens), that are able to enter the body. The immune system initiates and manages the appropriate physiological responses to neutralise and/or eliminate these “non-self” organisms and substances. A variety of mechanisms are employed to achieve this goal, including inactivation of biological agents, lysis (rupture) of foreign cells, agglutination (clumping) or precipitation of molecules or cells, or phagocytosis (engulfing and inactivating) of foreign agents.

For an immune response to be effective, the right mechanism, or combination of mechanisms, must be activated. However, for each species, there are many diseases for which immunity does not exist. Also, under certain circumstances, these normally protective responses can result in significant tissue damage, which leads to immune-mediated diseases. The immune system is a highly complex physiological system that is yet to be fully understood. New discoveries are still being made regarding the role of different organs and physiological compounds in immune responses and this section contains only a brief and simple description of the major components of the immune system and the immune response.

Whether or not a bird develops a disease after such an invasion will depend on how well it fights the invasion, that in turn depends on:

This refers to the natural or inherited ability to resist disease and the involved mechanisms that come into play immediately or after a few hours that an antigen has appeared in the body. Included in this type of immunity are a number of non-specific disease response mechanisms:

Other factors involved in the effectiveness of innate resistance include adequate nutrition, stress, age, inflammatory processes and metabolic factors. 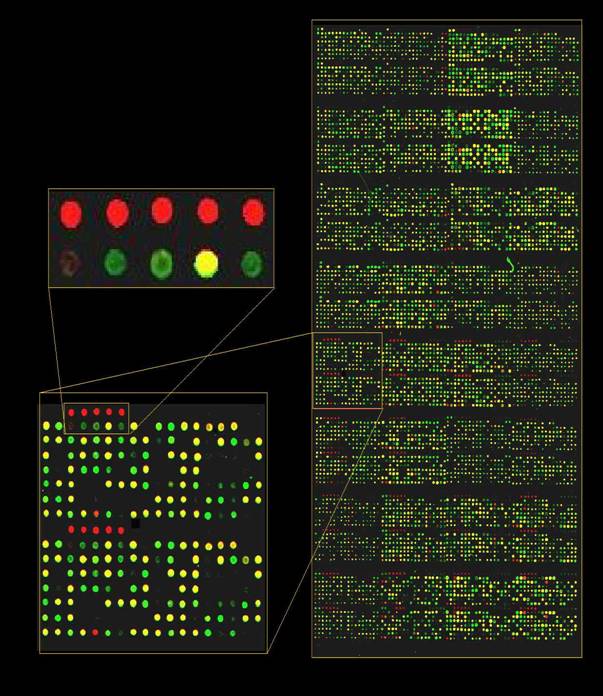 The adaptive immunity -which is also known as acquired immunity- is sort of more complicated than the innate immunity. In such a way that, first the foreign cells or antigens should be recognised, and then the adaptive immune system creates and recruits an army of immune cells which are specifically designed to attack that antigen. Adaptive immunity also creates “immunological memory” once an initial response to a specific pathogen has been triggered, which can enhance future responses to that specific pathogen and act more efficiently. These antigen-specific immune response are provided by immune cells or antibodies (proteins produced by immune cells that bind with and inactivate antigens) that are produced in response to exposure to an antigen. These cells and proteins circulate through the body in the blood.

The immune cells or antibodies of the adaptive immune system are T and B lymphocytes. These antibodies are very small, very special proteins (globulin proteins) that animals release into their circulatory system,  which fight foreign invaders e.g. invading viruses and bacteria.

The adaptive immunity is specific to an antigen and can take one of two forms:

With passive immunity, the immune system of the recipient is not stimulated, therefore the recipient will not produce its own immune cells or antibodies and it does not have any immune “memory” of the antigen. The newly hatched chicken is unable to mobilise its own immune system in time to fight invasion during the first few days (up to a week) of its life. To overcome this problem, it receives antibodies from its mother via the egg. These antibodies are specific for all of the disease causing organisms that the mother has experienced or has been vaccinated against. These antibodies are usually short lived but survive long enough to provide a defence system for the first few days of life while the chick’s own defence system becomes operative.

The level of immunity passed on by the mother is about the same as she carries herself. However, by the time the egg hatches this has dropped to about half. It is important, therefore, that the antibody level of the breeder hen be boosted frequently to ensure that her antibody levels do not decline too much, which would lead to a reduction in her offspring’s ability to fight invasion at the critical period just after hatching.

The immunity the chicken obtains from its own immune system is called active immunity. This system must be activated or triggered to produce the antibodies or other weapons that fight invasion. This defence mechanism has the ability to remember specific invaders, which results in quicker and more effective responses to repeat exposure to an antigen, and produces defences that are specific for that invader (they will fight that particular invader only).

The non-cellular (or humoral) immune response:

When a disease organism enters the body, it is engulfed by a phagocytic-type cell called the macrophage. The macrophage transports the disease organism and exposes it to the B-lymphocytes (B-cells). These cells are produced in the chick embryo in the liver, yolk sac and bone marrow. The cells move to an organ called the bursa of Fabricius (BF) after 15 days incubation through to 10 weeks of age. When an antigen is encountered, the BF programs these cells to attach to the antigen. The programmed cells then move to the blood, spleen, cecal tonsils, bone marrow, Harderian gland and thymus. Destruction of the BF in a chicken at a young age by Gumboro (infectious bursal) disease or Marek’s disease prevents programming of B-cells for life. Thus, the affected chicken will not be able to respond to diseases or vaccinations by producing specific antibodies.

The B-cells then respond by producing antibodies specific to the disease organism. A five-day lag period occurs because the B-cells must be programmed and undergo clonal expansion to increase their numbers. The B-cell system also produces ‘memory’ cells that remember infections. These have a relatively long life and stimulate the antibody producing cells to quickly release large amounts of antibodies specific for particular disease organisms that the bird has previously experienced, which results in a quicker and more effective immune response than the initial response.

The cellular component of the immune response includes all the cells that react with specificity to antigens, except those associated with antibody production. The cells associated with this system, the T-lymphocytes (T-cells), begin as the same stem cells as the B-cells. However, the T-cells are programmed in the thymus rather than the BF.

A range of T-cells are produced to perform various roles. Some T-cells act by producing chemicals called lymphokines (see below); others directly destroy disease organisms; some T-cells act to enhance the response of B-cells, macrophages, or other T-cells (called helper T-cells); while still others have the opposite effect and act to inhibit the activity of these cells (suppressors). The cellular system was first identified when it was shown that chickens with damaged BF, which were therefore unable to produce specific antibodies, could still respond to and eliminate many disease organisms.

Lymphokines are soluble proteins that assist in activating other components of the immune response. Over 90 different lymphokines have been identified.

The lymphokines act by:

Vaccines and the immune response to vaccination 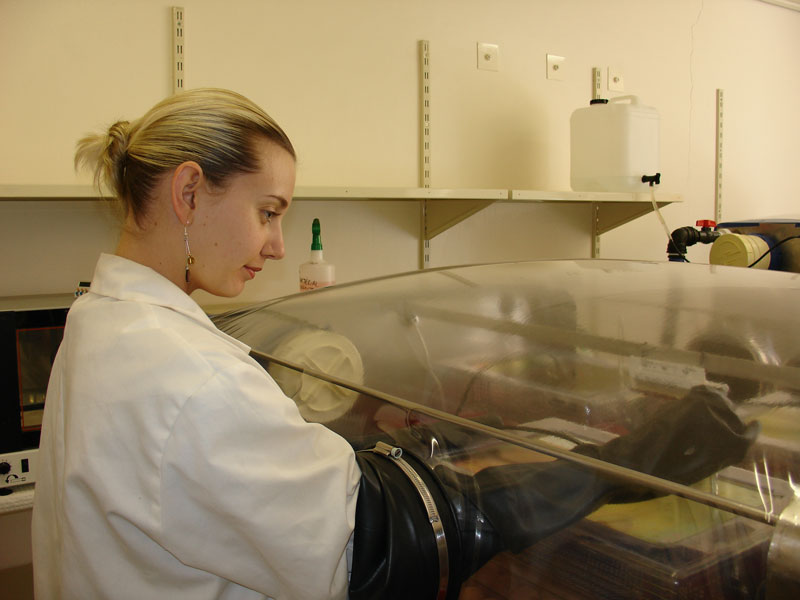 If the chicken is exposed a second time to the same antigen, the response is quicker and a much higher level of immune cell and antibody production occurs (memory). This is the basis for vaccination. There are a number of types of vaccines, with advances in technology resulting in the continuing development of new vaccine types. Some types of vaccines include:

Vaccines sometimes contained compounds called adjuvants. Adjuvants act to increase the strength of an immune response to a vaccine and are commonly included in killed vaccines to boost their efficacy.

To maintain flocks of poultry in good health managers should ensure that:

In some cases the birds’ immune system requires frequent boosting to be effective against an antigen, while in other cases, less frequent stimulation is required. In some situations it is possible to depend on natural infection to trigger the immune system to produce the antibodies. However, in these cases it is necessary to take precautions to ensure that the infection does not get out of control.

The prevention of coccidiosis is a good example of this technique. Many managers allow the flock to become infected with coccidiosis and then treat the outbreak. They assume that the outbreak has triggered the surviving birds’ immune system to produce the antibodies to coccidiosis. In some situations, it is common practice to boost the immunity level by natural infection once the birds have achieved a good level of immunity by vaccination. The system used to combat fowl pox disease by some managers is a good example of this technique.

Therefore, when the immune system is triggered the response is not the same on every farm or for every disease. There are so many factors that influence the different responses that each situation must be assessed independently and a prevention program devised that best fits the situation. An integral part of this program is the need to use a high standard of quarantine and hygiene to ensure that the challenge is kept as low as possible.

Marek’s Disease is a special case. When the birds’ are vaccinated against this disease, they remain carriers of the virus and continue to shed it for the rest of their life. The vaccine only prevents the development of symptoms. It takes about four days for the birds to develop their response to the vaccine and even birds’ vaccinated at day old will develop Marek’s Disease if they are challenged before the response to the vaccine has developed. Some hatcheries now use a system of vaccinating embryos on the 17th day of incubation so that when the chickens hatch 4 days later they will carry a high immunity right from the first day.

The Marek’s Disease virus is found in the dander and other debris from the body of the bird and survives there for many months, therefore it is of the utmost importance that the birds be excluded from this material during their first week of life in the brooders. This can only be achieved when a very high standard of hygiene and shed cleaning is practised.