Introduction to anatomy and physiology

An understanding of the anatomy and physiology of birds, and the different body systems found in the bird, is useful when an understanding of how poultry work or function, is sought. Knowledge of bird anatomy (body parts) and physiology (body function) enables the poultry industry to maximise bird performance and maintain good welfare practices. Like humans, birds eat, grow, breathe, reproduce, empty out wastes and move about. Both need food, water and air, and must protect themselves from changes in the environment. 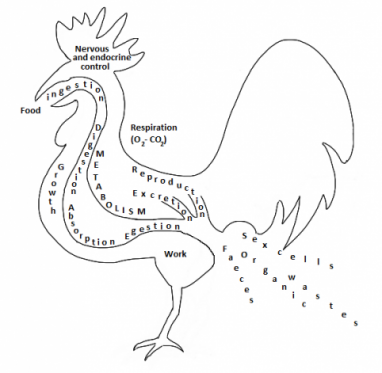 Birds, like other animals, consist of a number of body systems which operate independently or with each other to maintain the normal activity and functioning of the animal as a whole. Each of these body systems consists of organs, which are special structures that are adapted to carry out specific activities or functions. Each organ, in turn, consists of tissues which consist of the various types of cells that ultimately provide the means for the organs and systems to carry out their activities and functions.

The study of anatomy is the study of the structure of the different cells, tissues, organs and systems. Knowledge of these structures helps to understand how they function or operate under normal circumstances. The study of how they work and function is known as physiology. 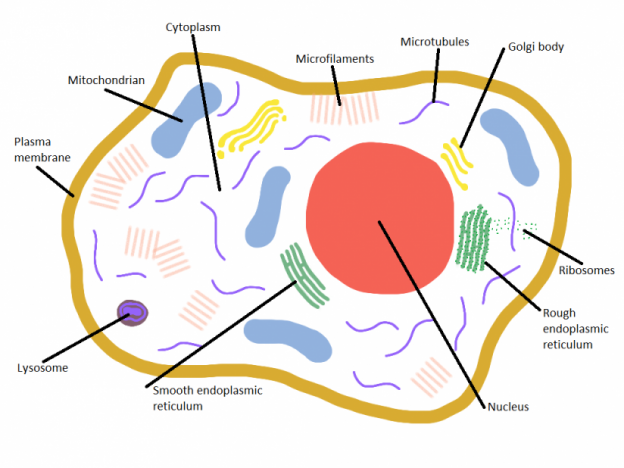 The basic unit of all systems, organs and tissues is the cell. The cell consists of a number of parts, called ‘organelles’, which include the cytoplasm, mitochondria, ribosomes, golgi body, and the nucleus, to name a few. Not all cells contain all of the various parts, for example, red blood cells lack most of the internal organelles. The contents of a cell are enclosed in a cell membrane that permits the various nutrients and compounds required for normal cell functioning to move in and out of the cell. The nucleus contains structures called chromosomes that carry the genes (genetic information), and animals generally have a pair of each chromosome. The number of chromosome pairs differs between organisms.

Cells reproduce by mitosis, or simple division, where one cell divides to become two – this is normal growth. However, the sex cells are the exception to this, they are formed in the gonads (ovary or testes) by meiosis and carry one instead of two of each chromosome. When two sex cells join at mating, one from the male and one from the female, the resulting cell will carry the normal cell chromosome number. The resulting cell, therefore, carries half of the genes of each parent. In animals like birds, this cell further divides by mitosis to become the embryo.