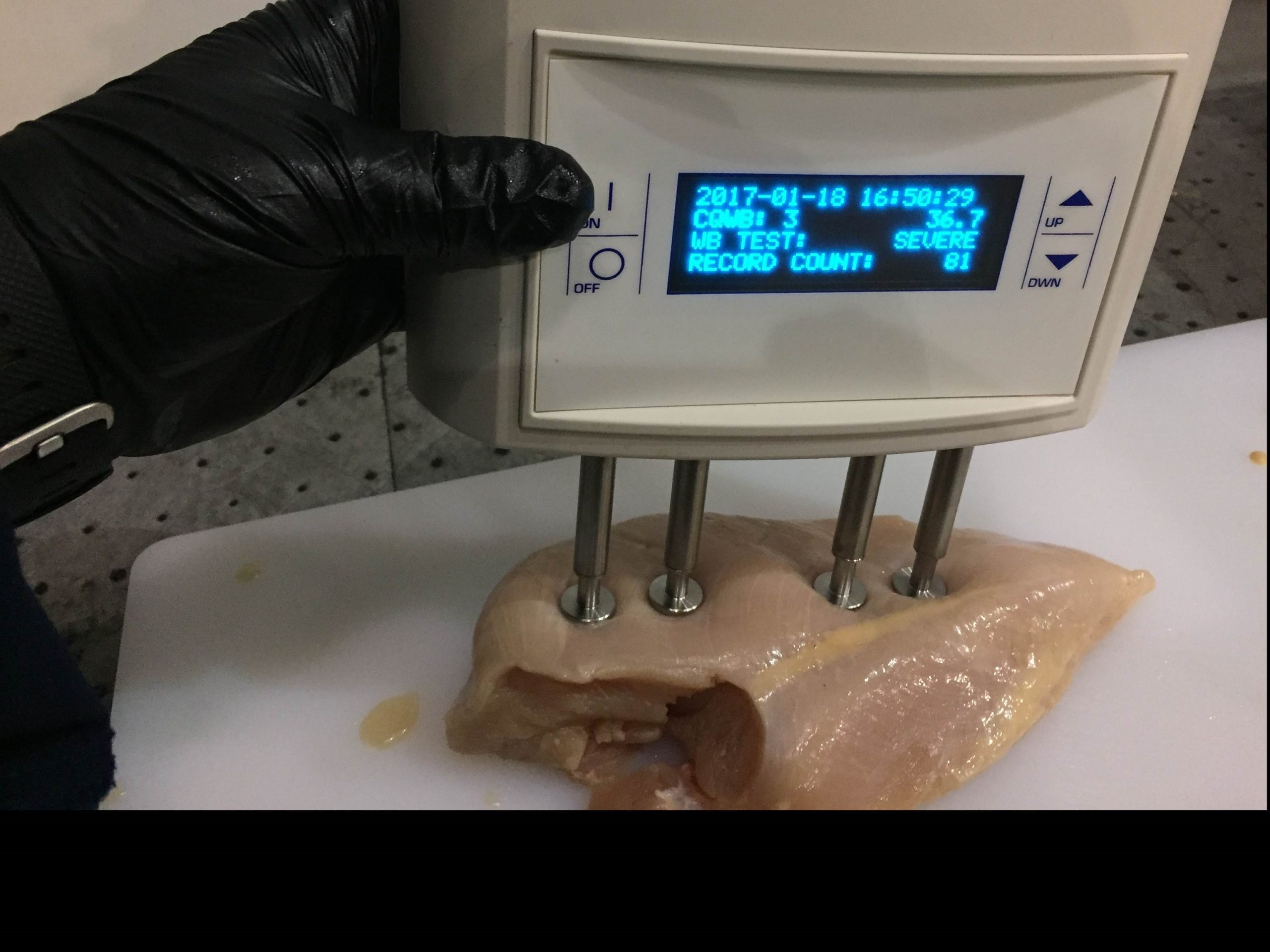 Have you ever noticed shiny white stripes running parallel to the meat fibres in your chicken breast meat? If so, you’ve stumbled upon what is known as woody breast. The white-striping, which the chickens suffer as a form of muscular dystrophy, causes the meat to be more than twice as fatty as unstriped breasts. However, unlike red meat the fat doesn’t cause the meat to be juicier or tastier. Rather, researchers have found the stripes, which appear in larger than normal fillets, cause the meat to have a substantial reduction in quality and have less flavour.

In Dallas Texas, America CQ Foods Inc. has announced the introduction of a new tech device to detect a major poultry industry challenge, woody breast. The Certified Quality Reader is a first ever, non-invasive, handheld device that instantaneously detects and measures woody breast in broiler fillets. The CQR is a handheld device that utilizes bio-electrical impedance analysis (BIA) to detect woody breast a muscle myopathy which makes the poultry tough and unpleasant to consume.

Although not harmful to humans, woody breast is one of the largest problems affecting the poultry industry and in America alone it costs the industry more than $200 million annually. When consumers encounter woody breast found in some chicken breast fillets, they blame the brand, supermarket or restaurant.

The Certified Quality Reader (CQR) was developed by CQ Foods in collaboration with Dr Amit Morey of Auburn University, Alabama. “It is truly revolutionary in its technology and application” said Dr Amit Morey.

The partnership between CQ Foods and Auburn University brought together expertise aimed at effectively and efficiently analysing muscle myopathy in broiler breasts. Numerous studies were conducted with the CQR able to produce high confidence results.  To learn more about the CQR and its poultry industry applications contact: info@certifiedqualityfoods.com