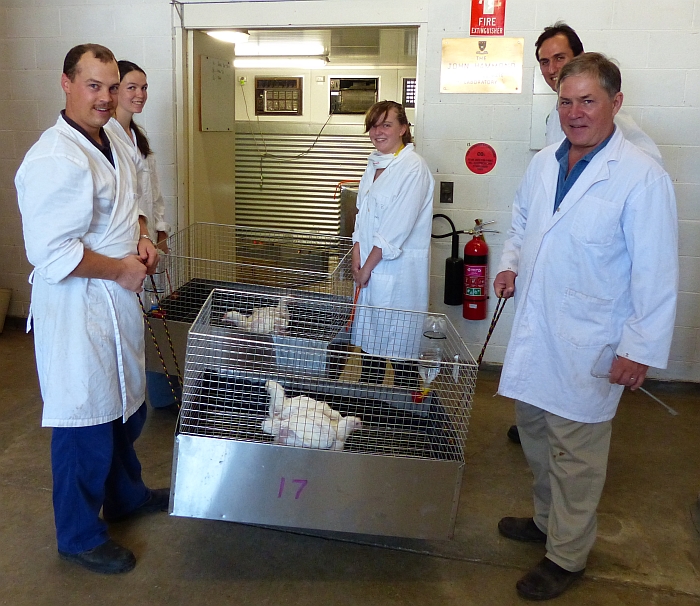 By Bob Swick and Reza Barekatain

Virtually all modern commercial broiler diets are supplemented with liquid oil or fat. This provides energy, improves the absorption of fat soluble vitamins, provides essential fatty acids and acts as a lubricant and dust control agent in feed processing. There has been renewed interest in the use of full fat oilseed meals to replace a portion of added feed grade fat as the price dynamics between oilseeds, protein meals and extracted oils has changed due to increased oil demand from the biofuel sector. In Australia, it is common for broiler nutritionists to include whole canola seed in the diet as an energy and protein source.

Recently finalised Poultry CRC project 2.1.8 (Replacing supplemental oil with full fat canola seed in broiler diets) further examined whole canola seed feeding, and comparing this to other widely used sources of canola protein, including solvent extracted meal. The project set out to determine whether whole canola seeds could fully substitute for fats and oils in Australian broiler diets, based on bird performance and economics. Project leader Professor Bob Swick and Dr Reza Barekatain (Postdoctoral fellow) at the University of New England (UNE) explain, “a proper and innovative use of whole seed canola may lead to significant cost-savings due to lower handling and processing expenses. Canola is an important alternative crop to imported soybean in Australia and it is essential that we have more scientific data on its use available to industry”.

The first  feeding study investigated the effect of pelleting condition (cold vs. steam pellet) on the form of canola in the diet (solvent extracted canola meal plus oil, whole canola seed or hammer milled whole canola seed) and their interaction in a 2 x 3 factorial design. A total of 672 male Ross 308 broiler chicks were randomly assigned to the experimental treatments. Birds received the same starter diet until day 10 after which they were given experimental grower diets until day 24 and finisher diets to day 35.

Bird performance on all of the treatments exceeded the Aviagen standards for Ross 308 males. The results showed that inclusion of whole canola seed significantly decreased feed consumption and weight gain of birds relative to those receiving canola meal plus oil. There was no difference in feed intake or weight gain of birds receiving whole canola seed and those fed hammered canola seed. The inclusion of canola seed significantly improved FCR of birds during the grower and grower/finisher phases of the study relative to meal plus oil.

Bob continued, “Digesta samples were collected and analysed to determine if the performance effects could be explained by differences in digestibility of dry matter, crude protein, fat or amino acids. Interestingly, protein digestibility was highest in birds fed steam pelleted whole canola seed when compared to those fed canola meal plus oil or hammered canola seed. It was also notable that fat digestibility was adversely affected by steam pelleting and canola seed inclusion but only in birds fed whole canola seed at grower phase. Samples of excreta were also analysed for presence of intact oil bodies using the ball milling fault test of Soon Soon Oilmills in Malaysia. No differences in oil bodies were detected. Furthermore, the presence of intact seeds could not be detected in excreta of birds fed whole canola seed”.

With feed accounting for approximately 65% of live production costs in Australia, and energy being more than 50% of the total nutrient cost, any gain in feed efficiency pays significant dividends to the industry. Valuation of whole canola seed versus meal plus oil should also take into account the lower costs associated with handing a single ingredient. The final report from this project will be delivered to Poultry CRC partners in the near future.

Boosting efficiency of the broiler chicken