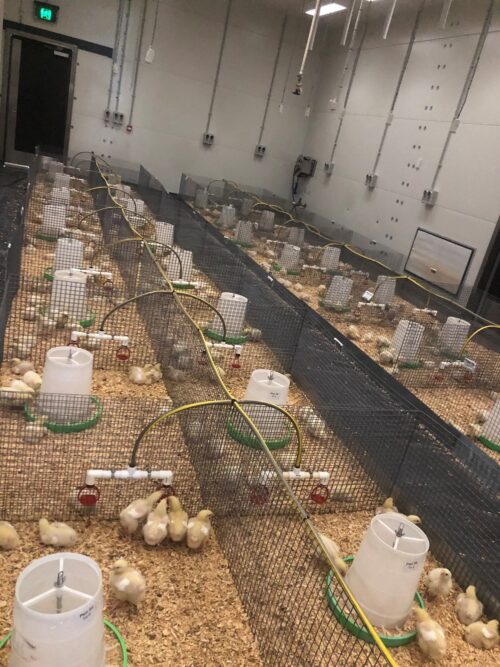 A novel nutritional strategy to improve feed efficiency and decrease abdominal fat pad in meat chickens fed low crude protein (CP) diets has been recently completed by Dr Nishchal Sharma from the University of New England. His research project has highlighted the role of guanidinoacetic acid (GAA) and betaine in low CP diets fed to meat chickens. Nishchal emphasized that only 2/3rd of the daily creatine requirements of birds is synthesized endogenously and the rest should be supplemented through feed. Dietary creatine and its endogenous amino acid precursors arginine (Arg) and glycine are naturally low in low CP meat chicken diets as less protein meals and more crystalline amino acids are used. GAA is a direct precursor of creatine and can be used to replace Arg for creatine synthesis. The hepatic synthesis of creatine from GAA uses methyl groups and thus supplemental betaine with GAA may be useful. The project funded by Poultry Hub Australia and led by Dr Nishchal Sharma at the University of New England investigated the rate at which GAA can spare Arg with and without betaine in moderately low CP diets.

Day-old Ross 308 male broilers were assigned to nine dietary treatments with eight replicates of 10 birds each. The treatments were: normal CP diet (CP lowered by 215 g/kg in grower and 197 g/kg in finisher), a low CP (-15 g/kg) diet deficient in Arg (low CP – Arg), a low CP diet sufficient in arginine (low CP + Arg), and low CP diets with GAA, where 0.1% added L-arginine was spared by GAA at 50%, 100% and 150% with and without 0.1% betaine. A common starter diet was fed for the first 10 days post-hatch. The treatment diets were offered during the grower and finisher phases from d 10 to 24 and d 25 to 42, respectively.

The results highlighted the importance of sparing dietary Arg with GAA in low CP meat chicken diets. Increased FCR and abdominal fat pad are major issues in meat chickens fed low CP diets but a partial replacement of dietary Arg with GAA may help to solve these issues. Using GAA by the method described herein may be a nutritional strategy for the successful implementation of low CP feeding program for meat chickens.

Dr. Nishchal Sharma is an Adjunct Senior Lecturer in Animal Science at the University of New England. He has over 10 years of experience working in industry, academia and government sector both in Australia and Asia. Dr. Sharma has expertise in poultry and pig nutrition and has a strong track record and publications in the areas of energy and amino acid nutrition, fibre and feed additives. 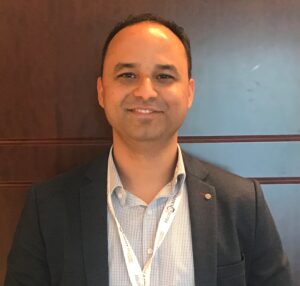 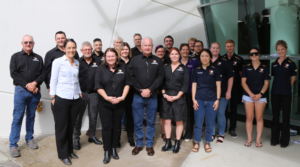